Do You Know the Difference Between Average and High-Income Consultants? 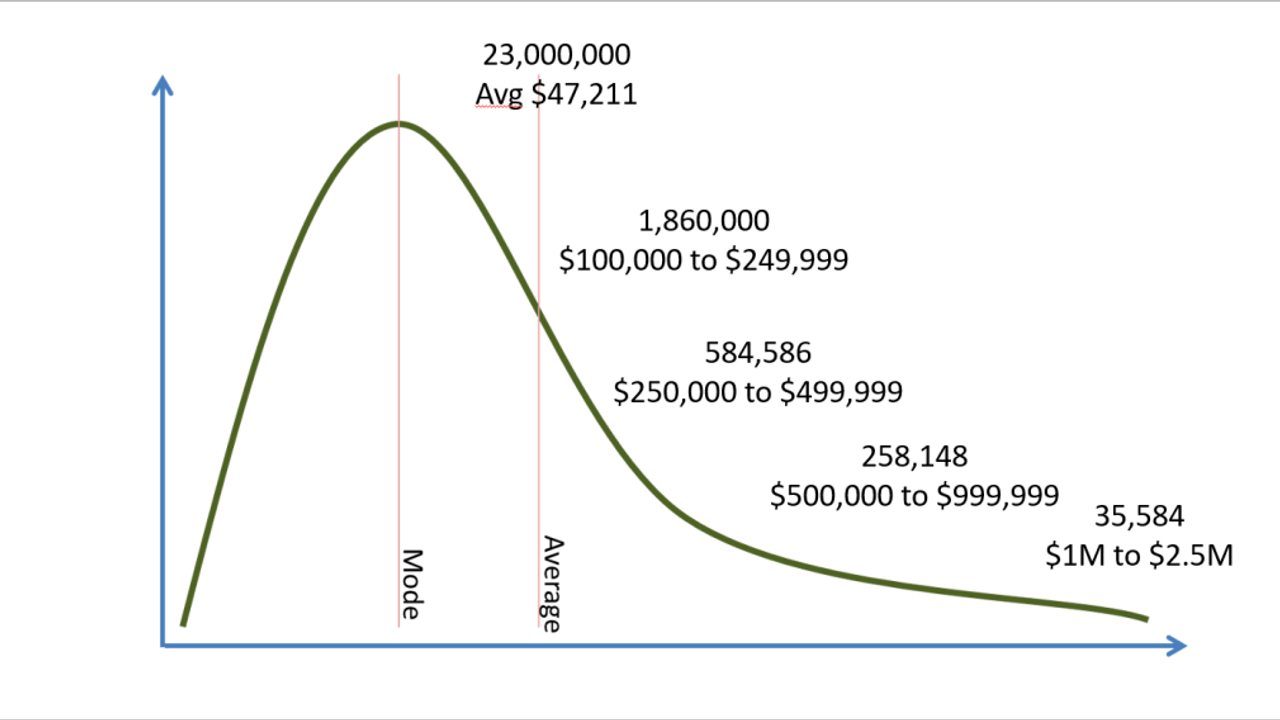 How do the consulting rates of average, senior, and high-level consultants compare?

The charts below show earnings for average, senior-level, and super-high earners in 2019 that are working in industry. But, if you can take just a moment, I want to tell you a short, personal story that illustrates the difference between consultants and their range of earnings.

This difference in earnings became very apparent to me at one of Microsoft’s first conferences.

In 1984 Microsoft asked me to be one of their first independent consultants. A few years later, at one of Microsoft's first large conferences, from the midst of hundreds in attendance, a consultant stood up and spoke into the open mic,

“It’s just not fair! Some of my competitors get more work than I do and make more money. I know more than they do. It’s not fair.”

The laughter was long, and I’m afraid, embarrassing for the questioner. He shriveled back into his seat.

Of course, expertise matters. It’s a ticket you need to play in the game. But, after that the game goes to those that know how to build relationships and create systems that build a thriving consulting business.

Before we talk about these differences between solo independent professionals, look at the table below. This table compares incomes from the last week of January 2019 for the average-level consulting employee and senior-level consulting employee on the three job sites, Glassdoor, PayScale, and Indeed. This comparison is between jobs that included “consultant” in the title. It also does not include salaries for senior consultants or partners from large consulting firms.

Average Consulting Incomes for the Table Above 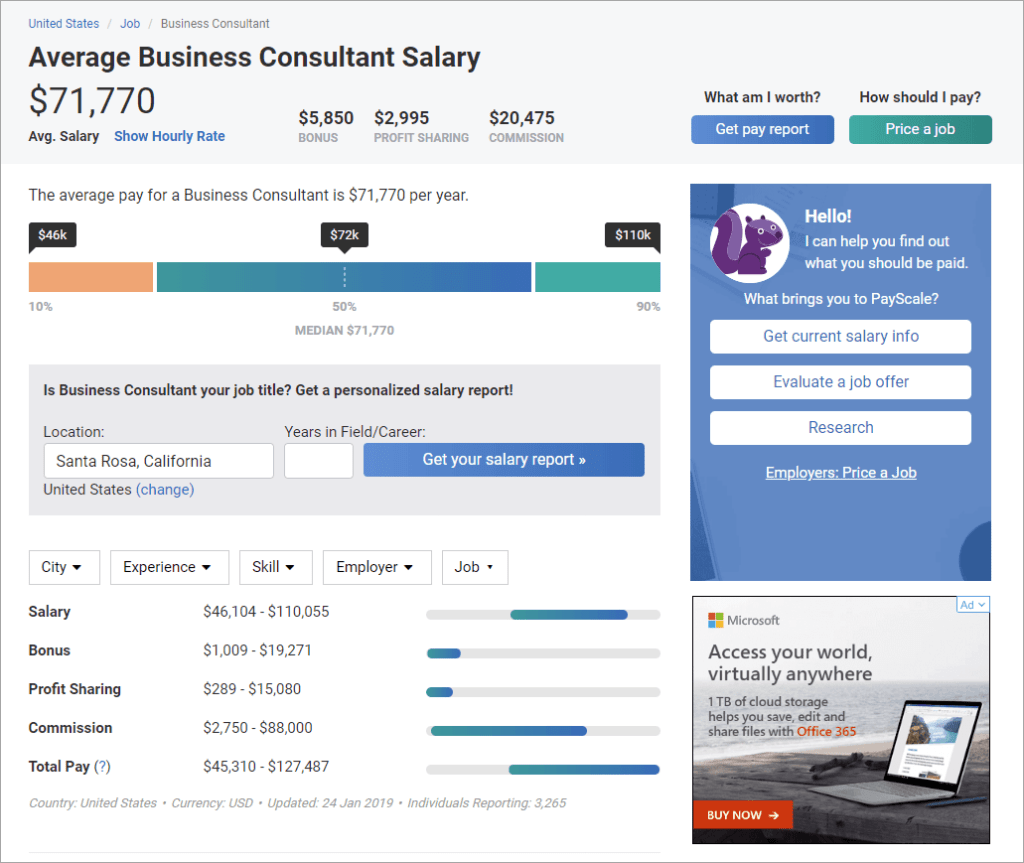 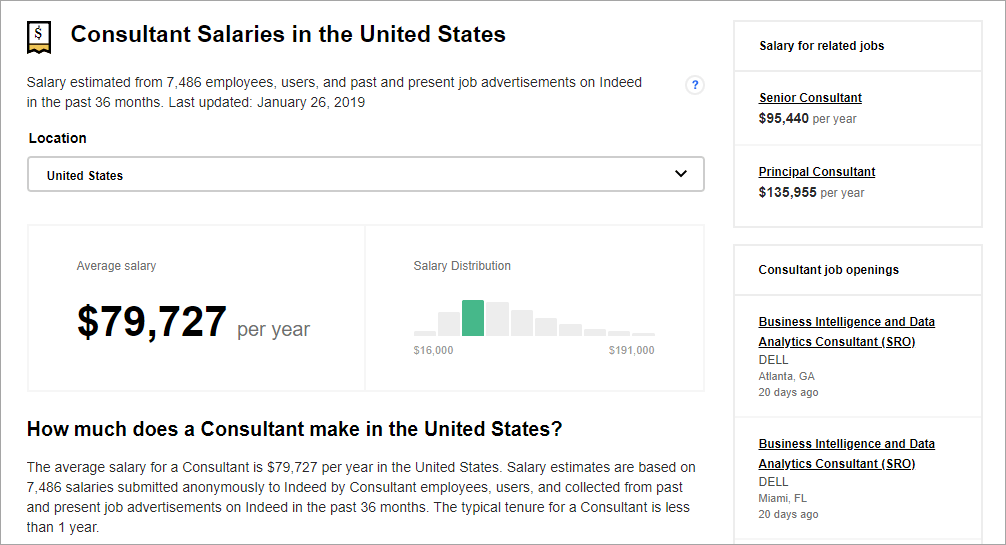 Senior Consulting Incomes for the Table Above
www.Glassdoor.com 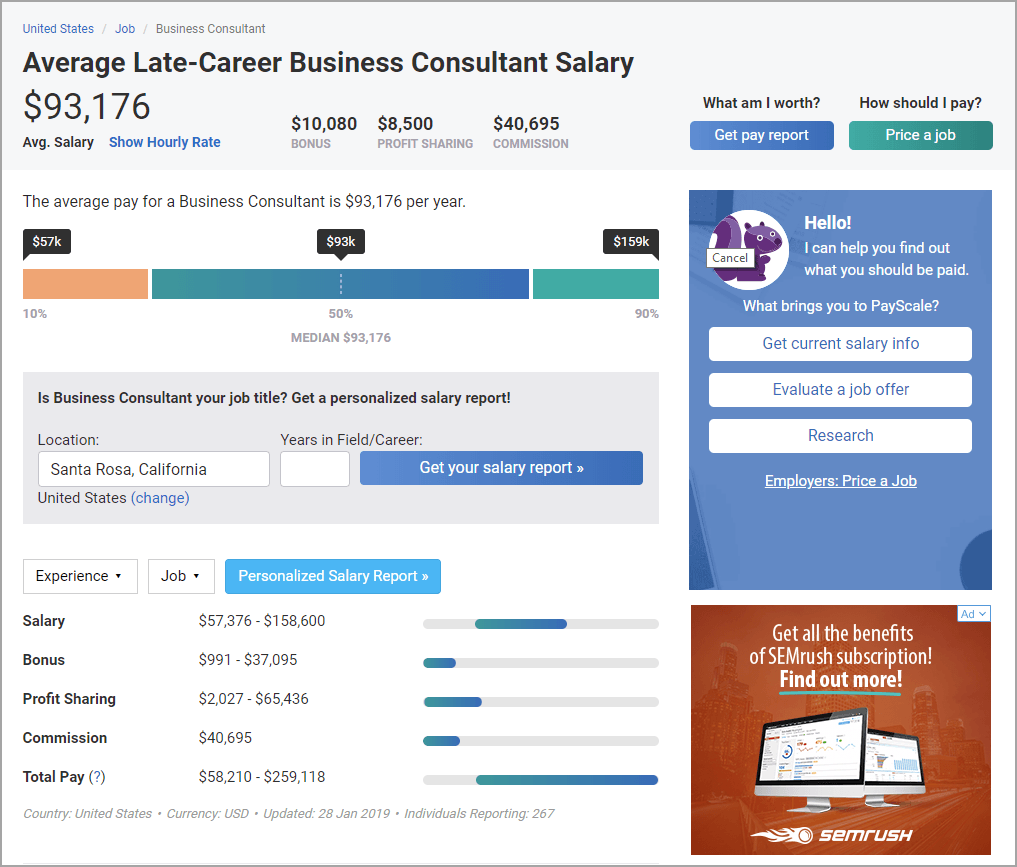 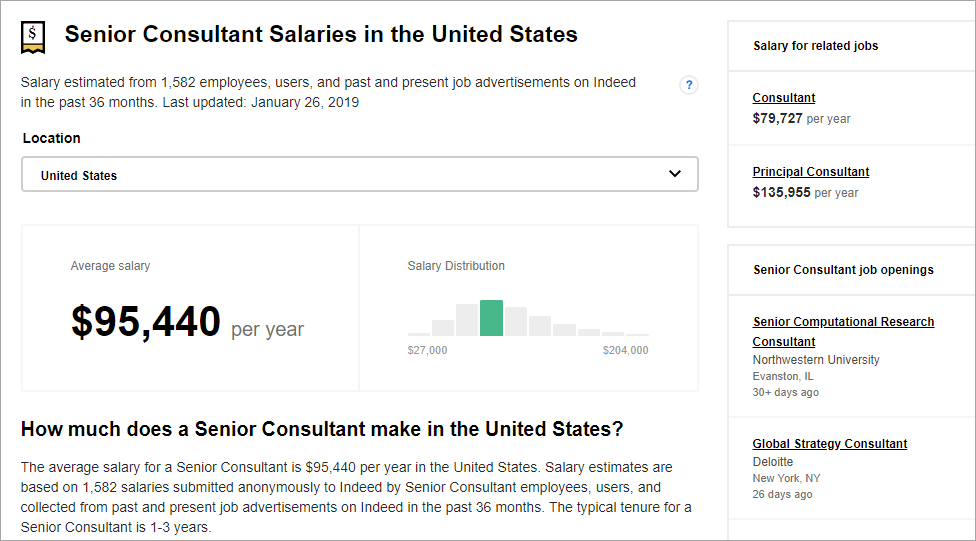 This second table shows the income distribution for solo-professional’s from analysis Elaine Pofeldt did of US Census data from 2015. The outliers earn amazingly high-incomes. They are using business systems the average solo-consultants and solo-professionals are not.

I know these high six- and seven-figure incomes can be earned as a solo-consultant. I’ve done it for multiple years without selling over the internet. (But, the internet does make it easier to earn these incomes.)

Even if you shoot for the top and fall a little short your income will still be in the high-six figures. Duplicating even a few of the business systems used by these high-earners can significantly improve your income and give you more independence. 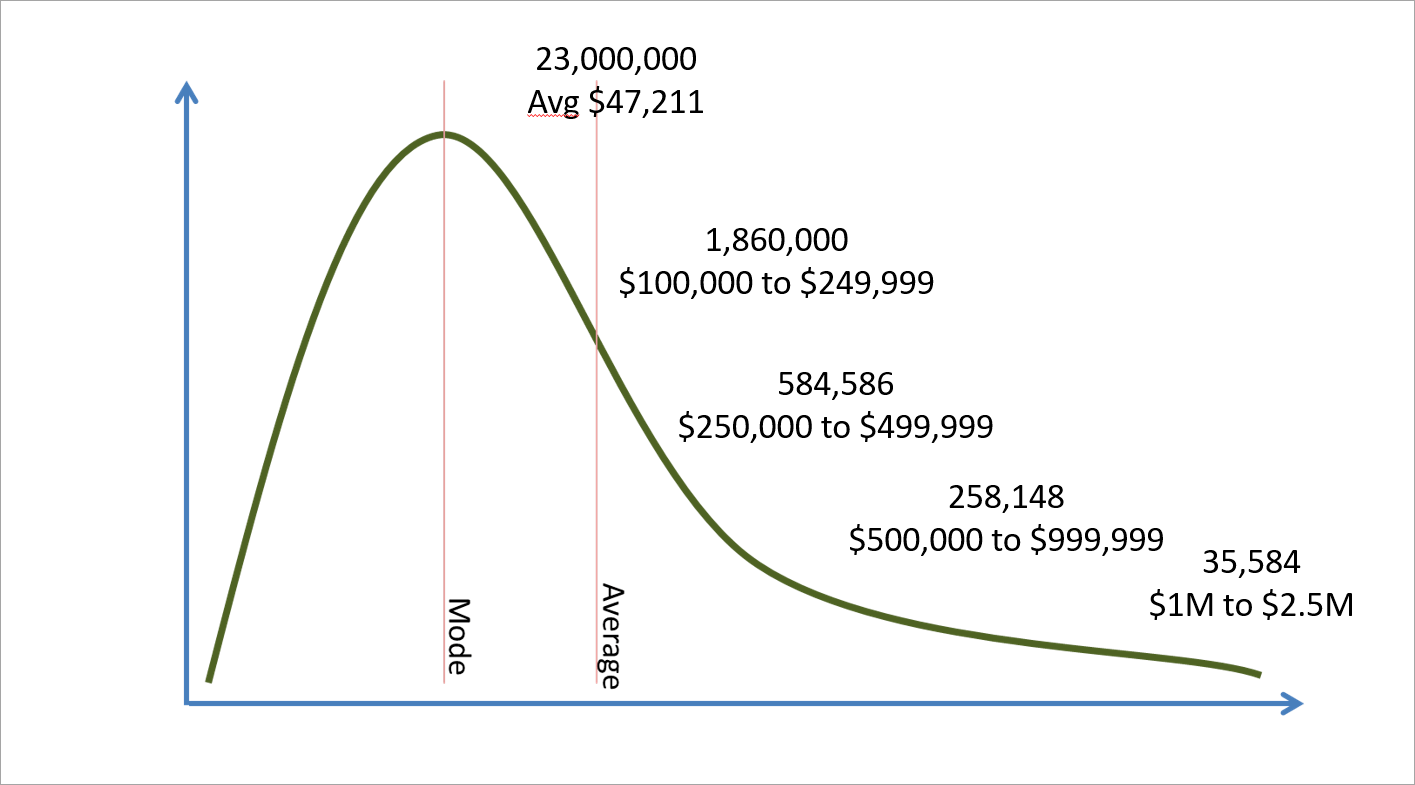 Why Do Some Consultants Earn Such a High Income?

Why do some independent consultants and solopreneurs make so much money? What do they do differently?

Books like “Outliers: The Story of Success” by Malcolm Gladwell, “The Million-Dollar, One-Person Business“ by Elaine Pofeldt, and my six- and seven-figure independent consulting business plus two years of research high-earners shows that following the systems used by these outliers can dramatically increase your performance.

For her book, Elaine Pofeldt interviewed thirty $1,000,000 solopreneurs to learn what they did differently. She found six things they did that average earners do not do.

In parallel to Elaine’s findings, my research found nine stages of systems that used specific business building practices and systems. In fact, Elaine’s six systems and my nine stages incorporate many of the business systems experienced investors demand of new Silicon Valley startups. 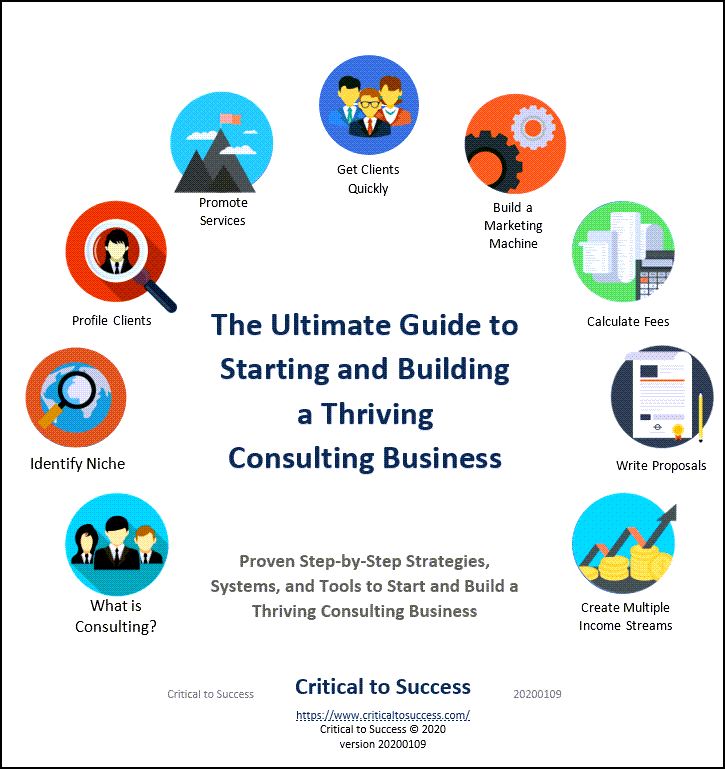 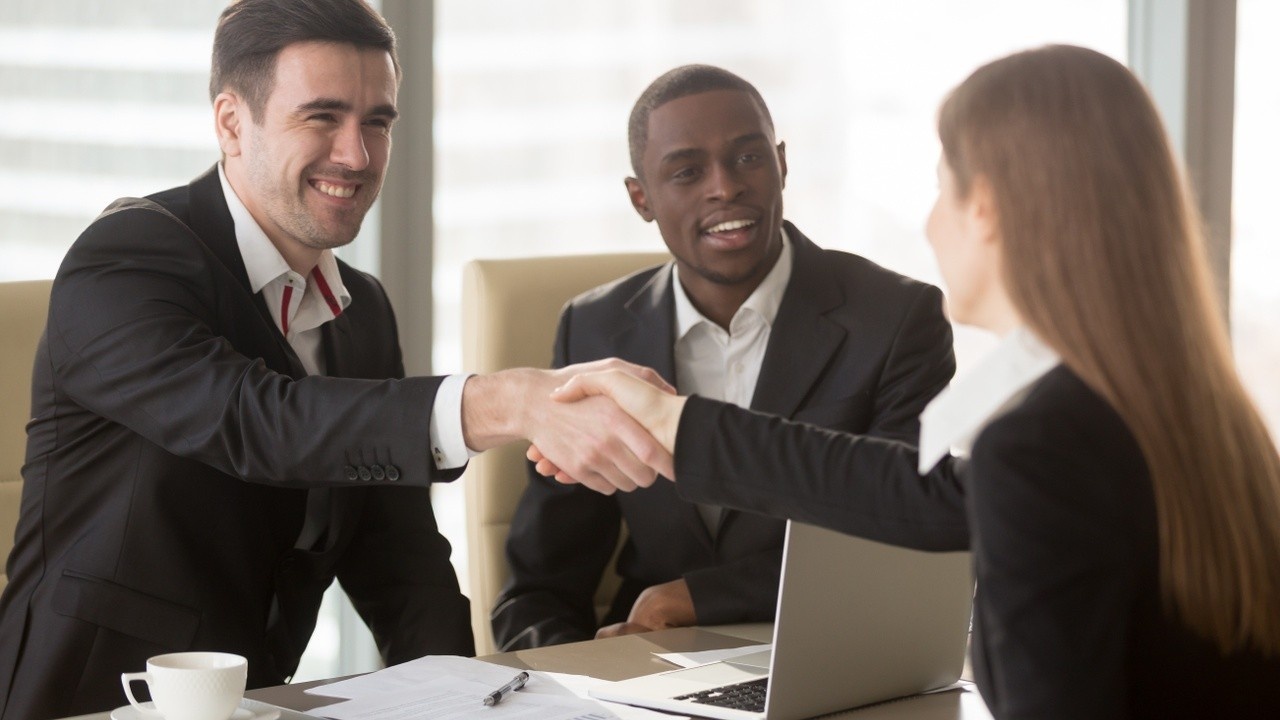